The island was not always here

And then it was

They called it namanu rruni, the ones who came, on rare calm days, to hunt

They called it Albatross Island, the ones who came, in all weathers, to take all that they could

This film is a poetic look at Albatross island, 18 hectares of conglomerate rock off the north western tip of Tasmania, Australia. It is home to 5200 breeding pairs of shy albatross, these birds are endemic to Tasmania. In the 1800’s they were harvested to near extinction, the population gradually recovered to half the estimated historical population size. In recent years the population has started to decline.

A long term monitoring program which has been in progress for over thirty years is currently overseen by marine biologist Dr Rachael Aldermen, she has been visiting the island for a decade. When on the island Rachael and her small team live in a giant cave that partially protects them from the elements. These trips are entirely self-sufficient and focus on minimal impact research. Life on the island is typically cold often wet and always windy.

namanu rruni -Albatross Island takes the viewer to a place almost entirely unseen. It is a journey to a remote and beautiful corner of Tasmania and into the lives of the endemic shy albatross that live on only three islands around Tasmania, and the scientists that are working to ensure the species survival. 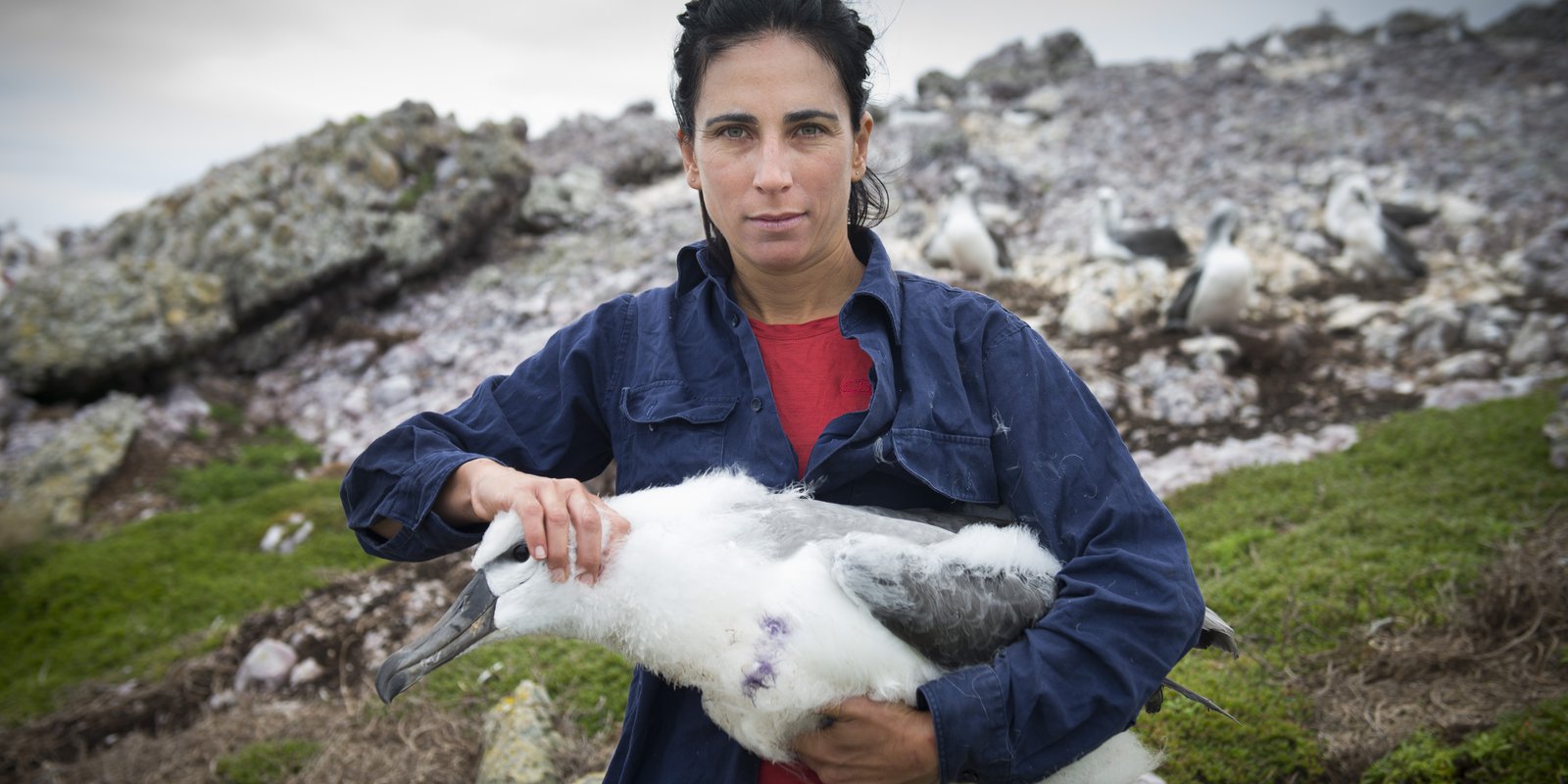